Ophelia — an online healthcare startup for opioid dependence — was at an inflection point. Having just raised a round of funding, they were anticipating rapid growth along with a fair share of challenges in the months to come. In short, they were “growing up” and wanted to bring the team together in a meaningful way to figure out what that means. What will it look like? What’s daunting about it? What’s exciting? Where do they want to be in 5 years? 10? How can they make that happen without losing the fundamental connection to the core values that had led them to this point? Those were the questions they set out to explore over the course of a week in Jamaica, with the help of Flok to bring their vision to life. Below, a behind-the-scenes look at the planning process.

Unlike some other companies that come to Flok without a destination in mind, Ophelia was set on Jamaica for its reliable weather and the fact that there are direct flights from NYC airports to Montego Bay. Because they were planning to be away for a week (versus a long weekend, for example), they knew the days would be split between morning work time and afternoon/evening team-building activities. With that in mind, the goal was to secure a venue with reliable, fast WiFi and activities both on-site and in the surrounding vicinity.

They eventually landed on Jakes Hotel, a charming, bohemian property in the enclave of Treasure Beach. With colorful oceanfront villas that would allow everyone to get their own room, plus on-site restaurants and activities that would ease the stress of transportation, it was the ideal home base for the team. Plus, they were able to rent out a private bungalow to serve as their makeshift office for the week.

Although there was dedicated time for independent work, the Ophelia team wanted to take advantage of this opportunity to make progress on and codify some areas of the business (think vision, strategy, organizational structures, culture, etc), which can be difficult to do over the course of day-to-day work life. To that end, they planned focused lectures and seminars on both tactical, business matters and culture. Essentially some “task-focused” and others “team-focused.” Examples included…

READ MORE: How To Plan A Corporate Retreat: A Step-By-Step Guide

When it came to activities, Flok handled the heavy lifting — from securing private tour guides to arranging transportation. In addition to unstructured leisure time, these were the two organized excursions:

The Ophelia team knew they wanted to mix things up with a combo of on-site and off-site dining. From there, Flok took care of the logistics, including reservations and, when necessary, bus transportation to and from the restaurant.

For the first night, it made the most sense to remain on the property since folks would be arriving and likely a bit tired from travel, so we made a reservation for the team at the hotel’s eponymous restaurant, Jakes, which specializes in locally-sourced Jamaican fare with a twist. The daily-changing menu includes items like kale-watermelon salad, gazpacho, conch fritters, and coconut curried chicken, so we knew there would be something for everyone.

After the walking tour to Great Bay mid-week, we made sure to snag a reservation for the team at The Lobster Pot, an unassuming local institution known for its thatched-roof picnic vibe and world-famous jerk lobster.

On certain days, we also organized communal lunches at on-site restaurants like The Bungalow. With open lunch tables reserved for the group, employees could come and go as they pleased in a more informal setting.

For the meals that weren’t organized, Flok provided a handful of options for the employees to choose from.

“What a great trip! Flok helped us organize everything behind the scenes so that we could focus on what really mattered: bringing the team together and codifying some areas of the business. The retreat was an invaluable moment for where we're at as a startup. We had some really important conversations, got to know each other better than we ever could have otherwise, and created memories that we'll have forever. I would recommend this for every startup that is even thinking about doing a retreat.”

Thinking about a retreat but not sure where to go? Look no further than our shortlist of the 15 best destinations. 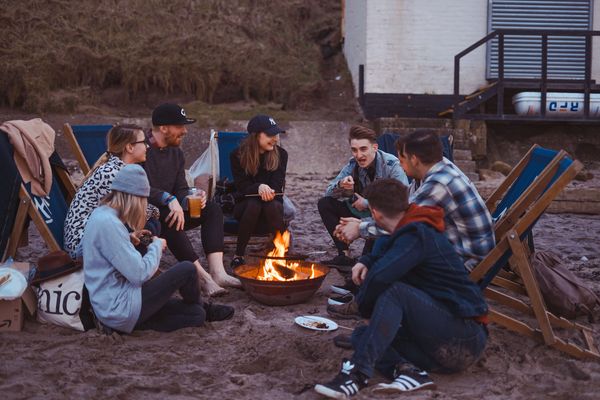 Whether you’re hosting an offsite company retreat or looking to spice up work meetings, we’ve got you covered with a full list of fun team-building activities. 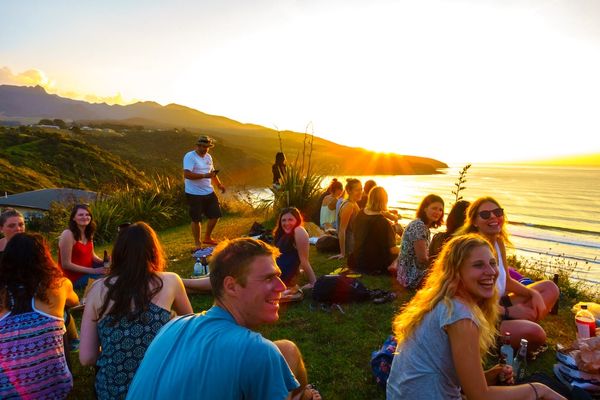 From budget to transportation, activities to food, WIFI to conference rooms, we’re covering it all.